The Daily Note ~ Look at Me, Not Your Watch $AAPL

Tweet *****I quit wearing a timepiece (watch) the day I left corporate life. Having worked for an airline compelled me to live by the minutes on a clock, so wearing a watch was mandatory. I still remember the feeling of removing it, setting it on my dresser and actually being relieved.  That was thirty years ago and I never wore another time piece since, nor have a ever had a need for one.

One thing that strikes me about this new and possible fashionable item for a new generation is the memory of seeing people constantly looking at and checking their watches. Like the smart-phones they were the nervous "tick" of the masses. It made people look important, to somebody, mostly themselves.  After all, if you look like your waiting for someone at a bar, you're not looking so desperate to meet someone new. Your ego's intact. It was also a signal of boredom, therefore rude, to look at your watch while you were conversing with someone.

Smart phones and tablets have become the wristwatches of yesteryear in the past decade.  It's even worse than a watch because it would have looked silly to talk to or keep adjusting a watch, but the use of a smart phone it has become a natural action.  In short, smart-phones have become relied upon as useful company as much as they have become mandatory for business and social interactions. After all, if you look like you're busy calling, texting, or messaging, you're don't look desperate for company.  Yet, it makes it even more difficult than looking at a watch to strike up a live conversation with the person next to you. When your eyes are on a screen busily interacting with "whoever" or "whatever" it shuts down eye contact with anyone live, but it keeps your ego intact.

Seems to me that doing the same with a watch as with a smart phone, we will have combined the two. A brand new generation of people will be endlessly looking at the screen on their wrist, taking away even more attention from their surroundings. At least with the smart-phone most use both hands and, at some point the phone was put away like for instance during a meal. A wristwatch, on the other hand (no pun), will always be available and seeing persons constantly looking at their watches will, indeed, look silly again to someone like me. Maybe worse if you're also signaling boredom coupled with rudeness when it's taking away attention from the person you're with, because a glance at a watch is far different from being engaged with one. 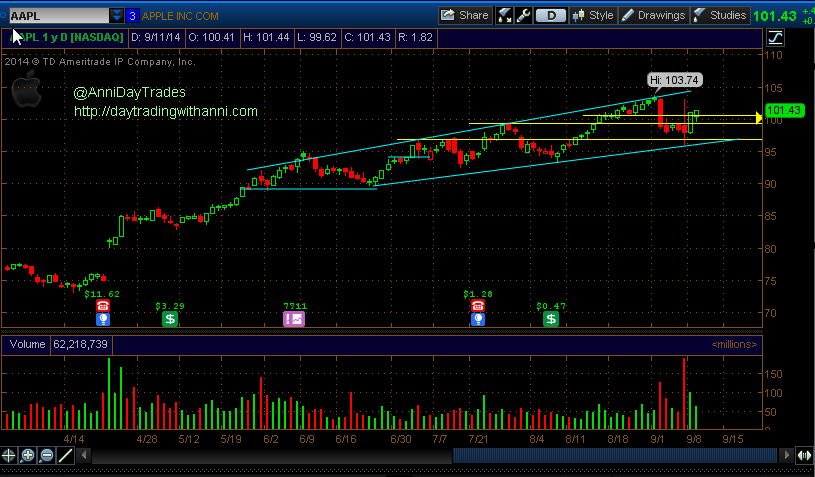 You're just mad because you're jaded. Just because you don't respect time doesn't mean people should stop trying to manage theirs...

This has nothing to do with iWatch, you just want attention so you can preach your hipster "Man vs. Machine" beliefs while you smoke pot and listen to the Rolling Stones on your vintage record player.

I think it's obvious that you don't respect mine or anyone else's time.

I agree there is a risk that the wearable device can be a distraction to normal human interaction. But, as you noted, we already have that with the ubiquitous smart phones. This watch has the capability of making some of those activities less intrusive rather than more. I see those risks of ever having a distraction with you, but you can turn them off. The great thing with the technology is it does allow you to be present to work in places we couldn't before. It has freed me from needing an assistant that I wouldn't be able to afford to do my work and work from home or anywhere I go. I am not tethered to an office so it lets me spend more time with my family and less at work.

Technology affords you choice, to use it or not. It is all up to you.