Kind of Blue but Oh so Cool 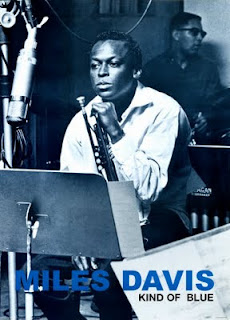 Though precise figures have been disputed, Kind of Blue has been cited by many music writers not only as Davis's best-selling album, but as the best-selling jazz record of all time. On October 7, 2008, it was certified quadruple platinum in sales by the Recording Industry Association of America (RIAA). It has been regarded by many critics as the greatest jazz album of all time and Davis's masterpiece, and it has been ranked at or near the top of several "best album" lists in disparate genres. The album's influence on music, including jazz, rock and classical music, has led music writers to acknowledge it as one of the most influential albums of all time. In 2002, it was one of fifty recordings chosen that year by the Library of Congress to be added to the National Recording Registry. (Source Wikipedia Encyclopedia)

This album is the perfect example of perfection. It is proof of timeless creation. Enjoy this classic at your leisure and let me know what you think. Anni